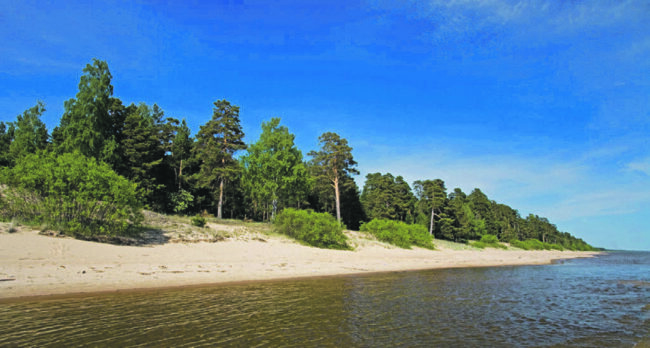 North-eastern Estonia is bordered by three bodies of water: the country's largest lake, Peipsi Lake; Narva River, and the Gulf of Finland. The sands of the shores of Narva-Jõesuu and Peipsi Lake are the best in Estonia. 05 RAKVERE Lääne-Virumaa’s most interesting cultural city has grown over the last few years to make it a truly fascinating tourist destination. A medieval castle is among the noteworthy sites.

Limestone banks or escarpments run along the northern coast of Estonia. The closest one to Tallinn is in Türisalu. The highest are in Ida-Virumaa in the area of Ontika.

Since the Soviet period this national park has been a favourite destination for families. There are three manor house hotels nearby, Vihula Manor being the one that has grown in popularity over the last few years.

Summer music festivals and concerts begin in the small town of Käsmu at the beginning of the summer, and end in August with the Viru Folk Festival.

Lääne-Virumaa’s most interesting cultural city has grown over the last few years to make it a truly fascinating tourist destination. A medieval castle is among the noteworthy sites.