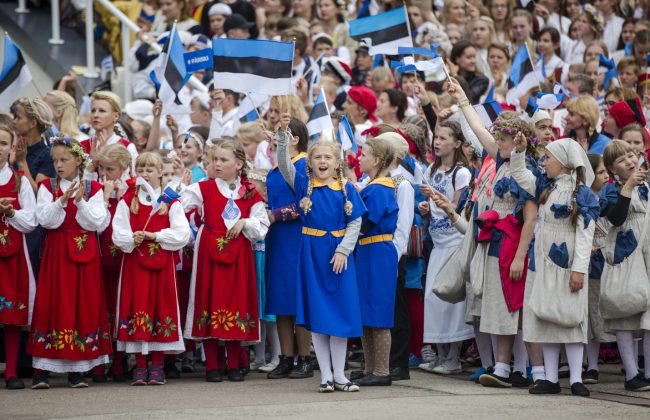 “The number of deaths remained high, although it was slightly smaller than in 2021. However, the number of births in 2022 was at an all-time low, with just 11,588 births registered last year. The registered number of births has never been under 12,000 in Estonia, according to available population statistics dating back to 1919. The population figure was boosted by immigration. The biggest impact can be attributed to Ukrainians who accounted for 75 per cent of all immigrants in 2022,” said Terje Trasberg, a leading analyst at Statistics Estonia.

11,588 births were registered in 2022. It is the lowest number of births since 1919, when comparable birth statistics were first published. The number of births has been in decline since the restoration of independence, except for a slight uptrend at the end of 2000s.

“The women giving birth now were born in the 1990s, when the number of births was low. Therefore, in addition to other reasons, the low number of births is also due to the fact that the current young generation is smaller than the previous one,” explained Trasberg.

According to the data on registered migration, 42,022 persons immigrated to Estonia and 10,422 persons emigrated from Estonia in 2022. This means that net migration was positive, as there were 31,600 more persons moving to Estonia than leaving. Both registered immigration and net migration were several times larger than the average of recent years, due to the arrival of war refugees from Ukraine.

“There were 3,363 Estonian citizens returning to Estonia in 2022, but Estonians often do not register their migration and thus the share of Estonian citizens among registered migrants is small. In 2022, there were 1,446 immigrants with Russian citizenship,” added Trasberg.