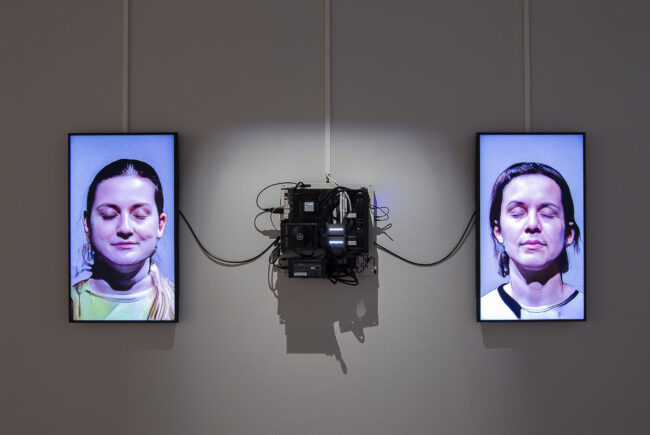 On Friday, August 26, at 6:00 pm, Taavi Suisalu’s personal exhibition, “Attention Figures” will open at the EKKM contemporary art museum in Tallinn. The exhibition focuses on the imagination of machines, the economy of attention and the changing of a person’s self-image in the modern information society.

In the exhibition, the artist examines the means by which our attention is captured, how imagination is influenced and visions of reality are created. Asking where we will end up as humanity when algorithms create images and make decisions for us. Suisalu makes us think about the role of humans in the world of the future.

The exhibition “Attention Figures” speculates on the question of how a person’s self-image can change when we understand that intelligent machines can reach a superhuman level. In other words: at the moment when artificial intelligence becomes smarter than a person and thus becomes independent, does a person become more humble and empathetic towards the surrounding ecosystem?

Taavi Suisalu studied sociology and informatics at the University of Tartu, media and advertising art at Pallas College of Art, and liberal arts at the Estonian Academy of Arts. Suisalu received the “Live and Shine” scholarship of the Ministry of Culture for 2021-2022. This year, he won the ISCP residency competition of the Estonian Contemporary Art Development Center and is heading to New York in the autumn.

Throughout the run of the exhibition, guided tours will be given in Estonian, Russian, English and Ukrainian. On September 4, Taavi Suisalu will give an artist’s tour of the exhibition and on September 22 there will be a discussion on the relationship between humans and artificial intelligence.

A new exhibition has opened at A-Art Gallery in Narva

Vladimir Kopõlov’s new exhibition “Calligraphy-Deconstructed” has opened at the A-Art Gallery, in Astri Keskus in Narva. The 25 works … Read more