Over 30,000 people have already travelled on Tallink’s newest ferry MyStar 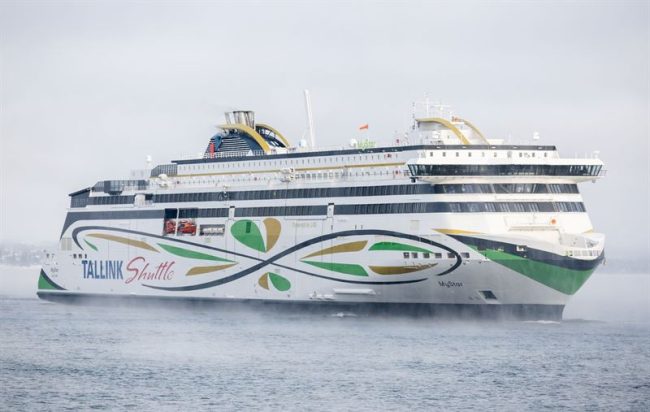 Tallink’s newest and flagship ferry – MyStar – has only been in service for one week. However, it has already made 40 journey’s between Tallinn and Helsinki, transporting almost 32,000 passengers from more than 100 countries.

“MyStar has been designed and built based on the needs and wishes of our customers. We have received a lot of positive feedback about the ship. Our Family Picnic area, especially aimed at families, has been welcomed with joy. The ship’s numerous restaurants, several different lounges and the winter garden have also delighted passengers on the route,” said Piret Mürk-Dubout, a board member at Tallink.

Since entering into service on December 13, Tallink’s flagship MyStar ferry has transported almost 32,000 passengers on its 40 journeys between Tallinn and Helsinki so far. Most of the passengers have been from Finland (15,341) and Estonia (9,996). There have also been passengers from Singapore, Latvia, Poland, USA, Germany, Italy, Australia, Japan, Ireland, Canada and many other countries around the world.

The ship has also transported more than 6000 cars, Burger has served more than 4000 hamburgers, Starbucks has served 2000 cups of coffee, and 2000 glasses of champagne or sparkling wine have been enjoyed onboard so far.

MyStar operates on the Helsinki-Tallinn route together with Tallink’s Megastar vessel. After maintenance, Tallink’s Star ferry will also join the route on January 1, 2023. From this date, Tallink will offer up to 16 trips per day on the Tallinn-Helsinki route on weekdays.