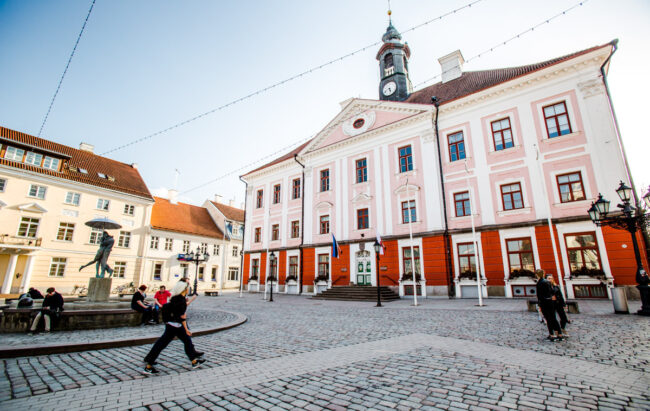 Today, Wednesday 29 June, Tartu will celebrate its annual City Day. To mark the day, over 20 concerts will be held around the city, along with more traditional events, and plenty of activities for kids.

“Tartu City Day honours traditions and creates new ones. It brings together both the people of Tartu and the city’s many visitors to enjoy a varied cultural program and recognize outstanding citizens of Tartu,” explained Mayor Urmas Klaas.

Already this morning, the Vanemuine Yellow Cats’ children’s area opened. Tours of the Vanemuine theatre building, workshops, and concerts will keep the kids entertained during the day.

In total, there will be around 20 concerts in the city today. Reigo Tamm, the main organizer of the Tartu City Day, explains more. “In the opera symposiums, we will see ensembles that have never played together before – they will share their repertoire and experiment with opera music. At the gala concert, we will hear well-known opera classics, and Tiit Kikas‘ short opera “The Nightingale and the Student”, which was written for Tartu, will be performed again. The gala concert and opera symposium concerts are free of charge for visitors.”

The main concert of the day will be the gala concert, which will take place at 9 pm in the Town Hall Square. The concert will include performances from Elina Netšajeva and Raiko Raalik, as well as Kai Rüütel, and Reigo Tamm. They will be accompanied by the Pärnu City Orchestra.

A full program of events can be found on the city’s website here.