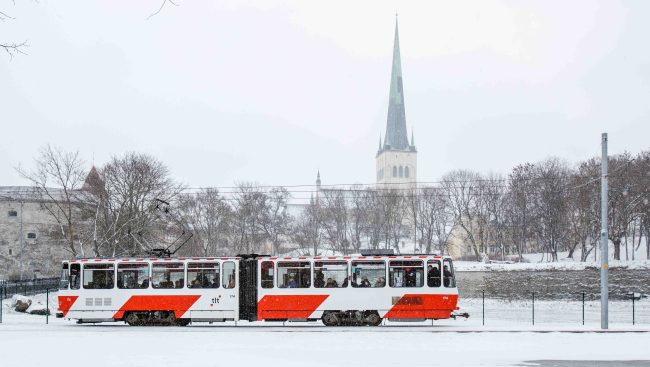 Tallinn’s long-standing Christmas tradition of special festive public transport vehicles will continue this year. On December 24-25 a special Christmas Bus, Tram, and Trolleybus will embark on routes around the city, bringing festive joy to travellers.

“Christmas is a time of peace, caring and spending time with your family. People also move around with children during the holiday season, including by public transport. That is why we want to share merriment and joy with our passengers, which will see Christmas vehicles take to the streets. Our Christmas bus, tram and trolleybus all have Santas handing out sweets to kids and adults alike and listening to their poems and Christmas wishes,” said Kaido Padar, a member of the board of Tallinn City Transport (TLT).

You can find out the routes and times of the special Christmas vehicles below:

Christmas trolleybus – will operate between Mustamäe and Kaubamaja from 11 am on December 24-25.

All of the Christmas vehicles can be ridden free of charge.