Estonia, Latvia, Lithuania and Poland to stop entry of all Russian tourists through external borders from September 19 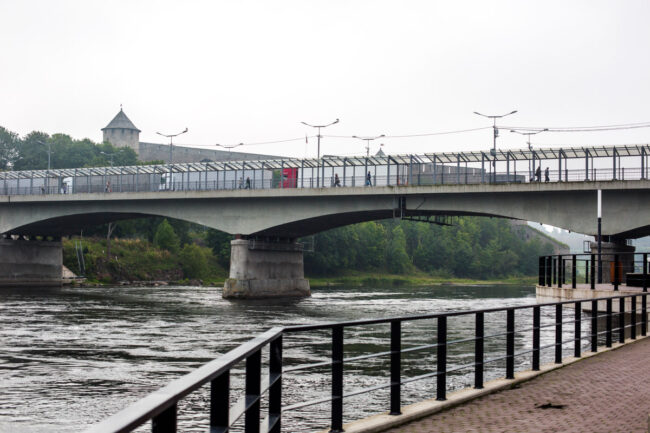 Estonia, Latvia, Lithuania and Poland will bar entry on their external borders to all Russian nationals with a short-stay Schengen visa from September 19. The new restriction replaces a previous decision made in August, which barred entry only to Russian citizens whose tourist visa had been issued by Estonia.

“Together with Latvia, Lithuania and Poland, we decided to introduce common restrictions on tourism for Russian nationals to protect public order and security. Russia has brought war to Europe and is using all tools to undermine our societies. As the border states of the EU, we must keep Europe safe. Currently, it is not possible to ensure that the Russian citizens entering the EU through Estonia do not pose a security threat. A regional agreement has been reached and now we will continue working towards a tourism restriction on Russian citizens in the entire European Union,” said Prime Minister Kaja Kallas.

“Travel to the European Union is a privilege, not a human right. As the people of Ukraine are being tortured, murdered and terrorised, the citizens of the aggressor state should not be able to enjoy the benefits of the free world. We will no longer allow Russian tourists to cross our border, visiting family living in Estonia will remain among the exceptions,” Kallas added.

Minister of the Interior Lauri Läänemets said we have already imposed a sanction on Russian nationals holding a Schengen visa issued by Estonia, but this does not prevent Russian citizens with Schengen visas issued by other states from travelling here or using Estonia for transit.

“In view of the EU sanction banning air traffic, Estonia’s eastern border is becoming a transit hub. Whereas in February 10,477 Russian citizens crossed Estonia’s eastern border, this number has increased to more than 26,500 in July. and in the summer months, more than 1000 people per day crossed the border on average. In addition to its own internal security, Estonia, an external border state, is responsible for the entire Schengen area and the mass travel of Russian nationals entails an increased security threat in current circumstances. Every country has the right to close its borders for security considerations and temporarily restrict border crossings, and for ensuring security in the region and the Schengen area more broadly, together with the other Baltic States and Poland we will restrict the transit of Russian tourists,” the minister said.

Läänemets added that from a moral perspective, it was important to continue looking for a solution at the EU level but at the moment, it was necessary to quickly introduce additional measures to mitigate the threats that tourism transit entails for the internal security and public order of the region.

The restriction does not apply to all Russian citizens. Crossing the state border will continue to be possible for Russian nationals visiting family members or co-parents of minor children living in the Schengen area on a valid legal basis. Exemptions will continue to apply to diplomats; Russian nationals with a short-stay visa and registered employed in Estonia or with a student visitor visa, as well as for people directly employed in the international transport of goods and passengers. Exceptional entry is also allowed on humanitarian grounds and for dissidents. Transit without delay is also allowed to people who need to travel through Estonia to reach their country of residence. Exemptions will also apply when crossing Latvian, Lithuanian and Polish borders.

As of Monday, Russian nationals have 49 804 valid visas issued by Estonia, 47 998 of which are short-stay visas and 1805 are long-stay visas. The purpose of travel is tourism in 19 285 cases and in 20 389 cases it is visiting family and friends. Other countries issue more than three million Schengen visas a year, valid for up to five years and allowing multiple entry to the Schengen area. According to estimates, at least 10 million Russian citizens hold a valid short-stay Schengen visa.