More people of retirement age in employment than ever before 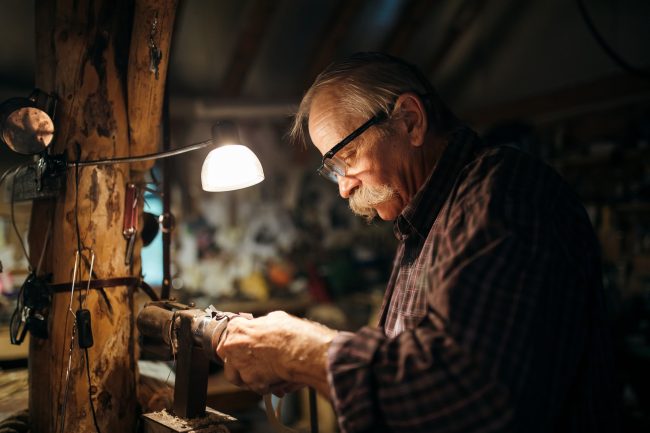 Census data show that 58 per cent of Estonia’s population were employed at the end of 2021, which is 6 percentage points more than 10 years ago. The increase is mainly due to more people of retirement age being employed than ever before.

“The reason for the increase in the employment rate is that young people born during the baby boom of the re-independence era have reached the main working age. Also, despite the ageing of the population, the share of people living on pensions has fallen. This has been affected by a variety of factors, such as the increase in the retirement age, better health of older people, employers’ favourable attitude towards older workers, but also by labour shortages, in education for example,” noted Terje Trasberg, a leading analyst at Statistics Estonia.

The share of people with a pension as the main source of income has declined over the past 10 years, despite an increase in the number of older people. In 2011, 5 per cent of people aged 65 and over lived on a wage or salary, whereas in 2021, 10 per cent did so, with education employing the largest share of people of retirement age.

Men twice as likely to be entrepreneurs than women

Across all people aged 15 and over, the share of the employed is 4 percentage points higher for men (60 per cent for men, 56 per cent for women), but this is because women have a longer life expectancy, meaning that among women, there are more people of retirement age who are no longer working. Between the ages of 15 and 64, there are more women in employment (73 per cent) than men (68 per cent), with the largest difference recorded in the 50–64 age group (78 per cent vs 70 per cent).

The Estonian labour market also continues to be characterised by gender segregation based on the type of work. Women are in the majority in social work (86 per cent), education (83 per cent), and health (75 per cent) activities. Men predominate in construction (89 per cent) and mining and quarrying (85 per cent). In rural areas, the difference between men’s and women’s jobs is greater than in cities and towns.

The highest rates of employment are in Harjumaa and Tartumaa

As expected, the highest employment rates are found in Harju (62 per cent) and Tartu (60 per cent) counties, where the majority of jobs and students preparing to enter the labour market are located. The share of people in employment is highest in the rural municipalities around Tallinn and Tartu, in the so-called town settlement regions, reaching 70 per cent. The lowest employment rates are seen in Ida-Virumaa (48 per cent) and Valgamaa (50 per cent), as well as in other rural regions where the population is older and the share of native Russian speakers is higher.