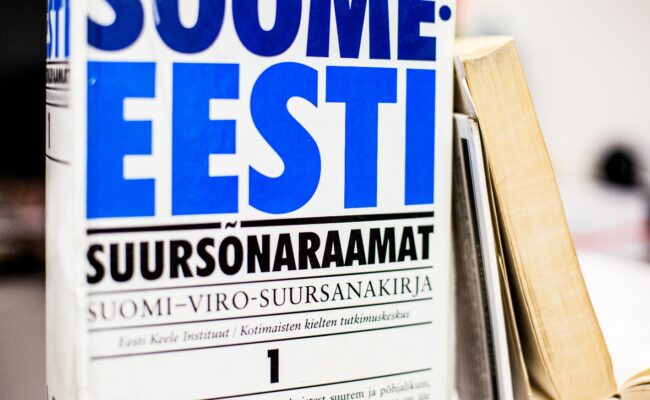 English is the most widely spoken foreign language in Estonia

The top three foreign languages have remained the same in the last three censuses. “However, there has been one noticeable change – while at the time of the previous censuses the most common foreign language in Estonia was Russian, it is now English,” said Liina Osila, Population and Housing Census project manager at Statistics Estonia.

84% of the population speak Estonian

If we look at the command of languages of Estonia’s population, regardless of whether a language is spoken as a mother tongue or as a foreign language, it turns out that 84 per cent of the population speak or understand Estonian. This is up by 2 percentage points compared with 2011.

Estonian is spoken as a mother tongue by 67 per cent and as a foreign language by 17 per cent of the population. Estonian as a foreign language is most often spoken by Finns living here, 56 per cent of whom speak Estonian. For Russians, the share is 50 per cent, while among Latvians, Ukrainians, and Belarusians, the proportion of Estonian speakers ranges between 40 per cent and 45 per cent.

Russian is the next most widely spoken language, with 29 per cent speaking it as their mother tongue and 38 per cent as a foreign language (67% in total). “When looking at command of languages in various age groups, generational differences emerge. Among older people, there are more Russian speakers than Estonian speakers. The share of Finnish speakers is also higher in the older age groups, whereas English has replaced Russian and Finnish among younger people,” Osila explained.