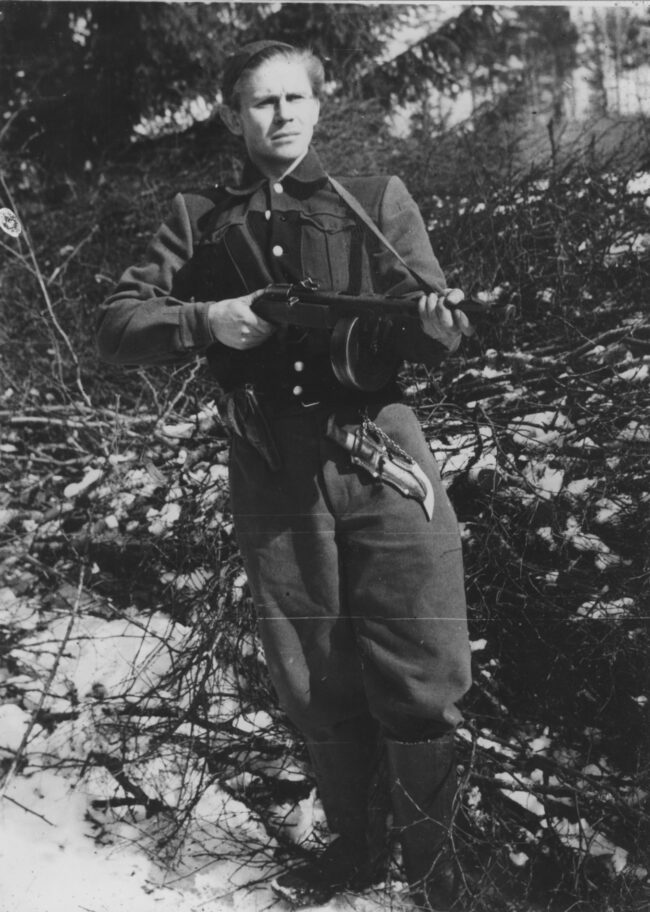 The fighters were called The Forest Brothers. Follow the dramatic events at the Estonian Museum of Occupations. It gives an overview of armoured resistance in Estonia between 1944 and the early 1950s.

The focus of the exhibition is on the causes, aspirations and outcome of the fighters through the prism of organised activities as well as real stories of the Forest Brothers. The guerrilla war started immediately after the resurrection of Soviet power in Estonia in September 1944. Members of the previous Estonian civil defence units, Estonian volunteers who had been fighting in Finland against the Soviet Union and those who had been conscripted into the German army took refuge in the forests. They were still hoping for an intervention by the allied forces from the West who would help reestablish independence lost in 1940. All in all, an estimated 16,000 persons made up the units of the Forest Brothers.

In order for visitors to understand the conditions in which the fighters lived, Martin Andreller, curator at the museum has reconstructed a bunker. This is a copy of the Põrgupõhja (Bottom of Hell) bunker from southern Estonia. The bunkers were made out of trees and leaves, they were hidden, and they were extremely small and cold. Very often people believe that all bunkers were underground, however most were not. Underground bunkers were set up in more hilly areas, mainly in southern Estonia. The Põrgupõhja bunker was used as a command centre in order to coordinate activities.

Most of the items on display at the exhibition are publicly shown for the first time, one of these being an authentic oven.

Visitors to the museum can follow the everyday life of the fighters on film. Living in the forest meant an everyday fight for food, winter supplies, constant hiding from Soviet security units and worries about family members. All of these factors created harsh psychological conditions.

The Forest Brothers were crushed only in the 1950s but sporadic fights against Soviet security forces occurred later as well. Some of the items on display, full of bullet holes, give evidence of these fights! During the Soviet period the Forest Brothers were considered as bandits and murderers by the official propaganda. This can best be seen through insignia on some of the Russian semi-automatic TT-pistols talking about the fight against banditism. The backbone of the Forest Brothers was broken with the forceful elimination of private farms and the destruction of the social structure in the countryside through collectivization; one result being the deportation of 20,000 persons to Siberia in 1949.

Approximately 2,000 Forest Brothers were killed; most were arrested and sentenced to prison camps for 10-25 years. Johannes Lillenurm is considered the last Forest Brother, he was found dead in an empty house in 1980 in Oru County in Western Estonia. Lillenurm had hidden from Soviet army conscription since 1941. The last Forest Brother to fall in combat was August Sabbe who was shot on September 27, 1978.

Not only men fought as freedom fighters. Women, wives, mothers, and daughters of the Forest Brothers risked their lives in providing the men with shelter, love, food and other supplies.

No help came from the West! Estonian independence was not restored until August 1991. Only then could the story about the Forest Brothers be told!

The exhibition “Metsavennad!” – The Forest Brothers is on display until the fall 2013.