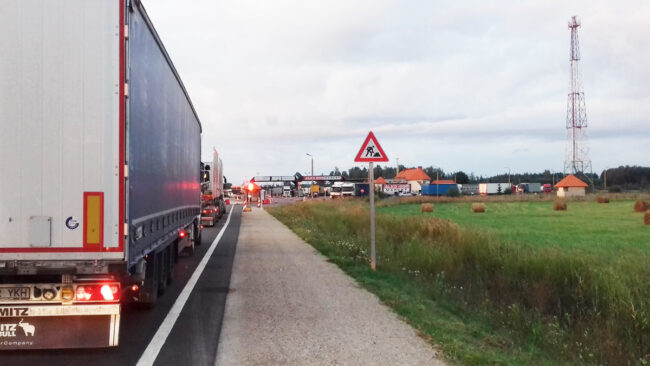 “Imports have grown at a faster pace in both quarters of the first half-year, which has doubled the trade deficit compared with the same periods last year. The trade deficit has, in turn, been widened by faster price increases for imported raw materials and goods than for exported goods,” explained Evelin Puura, a leading analyst at Statistics Estonia.

Estonia’s biggest trading partner was Finland, followed by Latvia and Sweden. “The main commodities exported were metal structures and other steel products and electrical equipment to Finland, electricity and automobiles to Latvia, and wood and articles of wood, prefabricated wooden buildings and communication equipment to Sweden. The biggest increase occurred in exports to Latvia, Norway, and Finland. More electricity, wood and articles of wood, and bitumen were exported to Latvia, and there were larger dispatches of motor fuels and prefabricated wooden buildings to Norway and metal structures to Finland,” added Puura.

The top partner countries for Estonia’s imports of goods were Finland, Germany, and Sweden. The biggest rise was recorded in imports from Finland, Sweden, and the Netherlands. There were greater imports of electricity and motor fuels from Finland, transport equipment and mineral products from Sweden, and various measuring instruments, mineral products, and gravel from the Netherlands. Imports fell the most from Belarus and Russia.