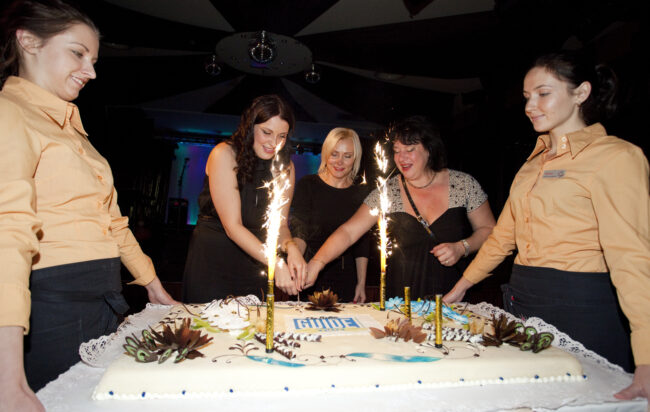 Last night The Baltic Guide celebrated its 20th anniversary at the Sokos Hotell Viru. Over 100 people were in attendance to celebrate with owners Timo Huttunen and Jane Konga. Timo started the Finnish edition of The Baltic Guide to cater to Finnish tourists in Estonia, and since then The Baltic Guide family of newspapers has grown to include a Russian and English edition about Estonia, as well as an Estonian language guide to Finland. Next month, Russian readers can look forward to a Russian language guide to Finland too!