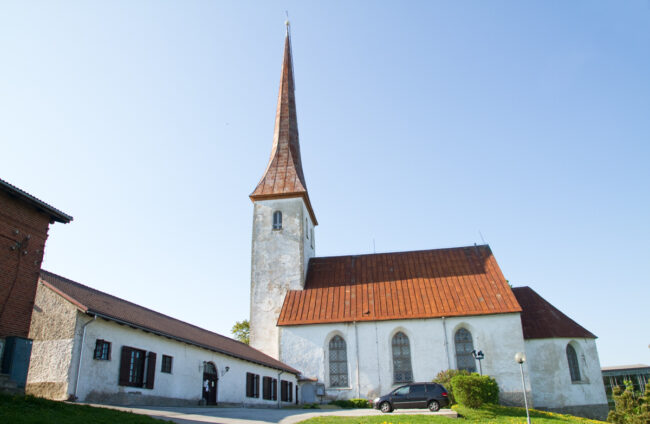 According to data from the recent population census, 29% of people in Estonia are estimated to be affiliated with a religion. This figure has remained unchanged over the last three population censuses. However, the proportion of people who do not feel an affiliation to any religion has increased – from 54 per cent in 2011 to 58 per cent in 2021. The most common religious belief in Estonia is Orthodox Christianity.

Information on religion was collected in the population and housing census, which took place from the end of 2021 to the beginning of 2022. All people aged 15 and over were asked whether they had a religious affiliation. In total, 29 per cent of Estonia’s population felt an affiliation to a religion, whereas 58 per cent did not, and 13 per cent were not willing to answer this question. Therefore, the proportion of the religiously affiliated has remained stable but the share of people who do not have an affiliation to any religion has risen compared with previous censuses: from 54 per cent in 2011 to 58 per cent in 2021.

“The increase is due to the fact that this time there were fewer people who did not wish to answer the religion question, so it can be assumed that they now held a more definite view,” said Terje Trasberg, a leading analyst at Statistics Estonia.

The most common denominations are still Orthodoxy and Lutheranism. People with other religious affiliations account for only 5 per cent of the population. Orthodox Christians make up 16 per cent and Lutherans 8 per cent of the population. While the share of people feeling an affiliation to Orthodoxy has remained unchanged, the proportion of people with an affiliation to Lutheranism has been on a downward trend: in the 2000 census, 14 per cent of persons were affiliated with Lutheranism, whereas by 2011 their share had fallen to 10 per cent, and now it is only 8 per cent.

Religious affiliation varies by sex, age, educational attainment, and nationality, among other factors.

While 43 per cent of people aged 65 and over feel an affiliation to a religion, only 14 per cent of people in the 15–29 age group do. „For almost all religions, the proportion of younger followers is lower than that of older ones,” said Trasberg.

In comparison with other nationalities, there are more people without a religious affiliation among Estonians