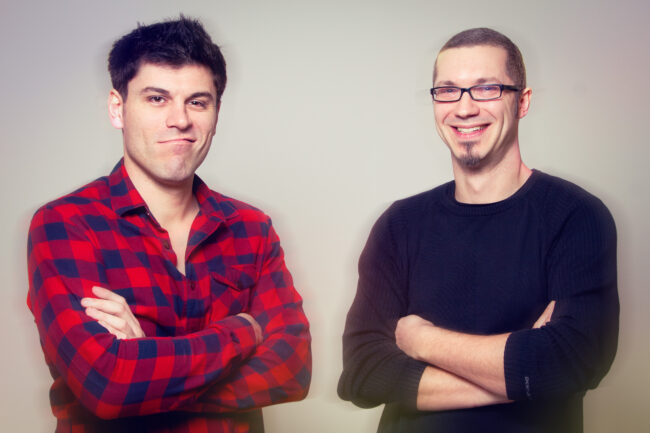 How did Comedy Estonia start?

I was living in Stockholm and doing comedy there, but after my relationship ended, I decided it was time to move on. A friend of mine, living in Finland at time convinced me to move over there. I must have been in some kind of state, because I thought to myself, ‘yeah, Finland is probably a good idea.’ Possibly the only time anyone has said Finland is a good idea. Then at the same time, Eric Seufert, a Texan living in Estonia, contacted me. He was interested in doing a show. So we got some friends together, Stewart Johnson, an American living in Estonia for 14 years now, and an Estonian, Andrei Tuch. I invited another friend from Sweden, Joe Eagan. At first we thought only 40 people would show up, if we were lucky. 150 people came!

Who makes up Comedy Estonia? Eric Seufert was part of our crew, but he’s living in Finland now. He’s an example of a very good Estonian, got a better job in Finland. So he performs with us in there. At the moment, it’s myself and Stewart Johnson, as well as three Estonians: Sander Õigus, and two girls, Keiu Kriit, and Janika Maidle. I think it’s great that the girls are there to say, comedy is not just for loud foreign dudes. It’s for Estonians and it’s for girls too. Janika has a very shy, introverted style, so it shows that you don’t always have to be big and loud, you can be any way you want.

The first show we did was half stand-up, half improv comedy. Eric and I had been coordinating over email and got down to the poster-design, which is really quite late in the game, and Eric says, ‘should we say what language it’s in?’ and I said, ‘what do you mean?’ ‘Well the improvers work in Estonian.’ So we had this English language first half and Estonian language, second half. As it turns out, crossing languages is not a problem in shows.

I think it’s great here. I first came as a backpacker in 2006. I connected with it because it’s a small country and Australians value the underdog. I also connected with the space. Australia has a lot of space, even though the wilderness is quite different, I still like it.

How does Comedy Estonia work?

We run about five shows a month in Estonia, and about five to six shows in Finland. The night at Drink Bar is where mostly local comedians come. There are about three to four of us, and often we will bring in one or two international people as well. Every month we prepare all new jokes, so you can come back every month and see all new material. We are always bringing in new headliners as well.

The show at Club Privé is a bit more fancy. There we bring in two international comedians and then Stewart and I are the hosts. At Club Privé people get a seat, and there’s a jazz band between acts. Where as at Drink Bar, everyone is packed in, mostly standing, but that’s great. It’s a different atmosphere.

Then we also have an openmic night. It’s a smaller event where people can come and test their jokes. New comedians can try it for the first time. We will be starting that night at a new venue, Tops in Kalamaja. That’s where we would normally go to test new material. Anyone can come and try it out.

There are three levels of Comedy Estonia. We see it like a movement and we want to grow it together. If people do well at the open-mic night, there is nothing stopping them from getting to the next level. It’s very important that it’s very inclusive.

It’s pretty rockin’. I think we stumbled across this accidentally. At Drink Bar, it’s very familiar. Estonians are very shy, but after a few drinks, people really start to open up. Drink Bar is a familiar place that a lot of people would come to anyway, so in many ways it just feels like a big party.

We did two shows in January at Club Privé because there was so much demand. They were like night and day. At the first show, the audience was made up of mostly newcomers, people that had never been to a comedy show before. They didn’t seem to be laughing much, but you could see that they were enjoying themselves. After the show, people came up to us and said that they had a great time. The second night was for the regulars, the people that had already seen a couple of shows. It was just wild. Everyone was getting into it. Once people have been to one or two shows, they get it and it just goes over the top.

Have there been any problems along the way?

No huge disasters. At first we had to cancel a few shows, like in Pärnu. For whatever reason we’ve never been able to get a show up and going in Pärnu. This was probably because of poor marketing. But we’ve learned our lesson.

Finding the right partners is also important. As a foreigner you can be very segregated if you don’t integrate yourself. You can just exist in an ex-pat community. It’s been about finding the right Estonian partners to work with.

Also, coming to the understanding that Estonia is a very small country but that’s also one of the reasons why I like it. President Ilves said in his independence day speech that, everyone in this country matters, every person makes a difference. I love that idea. We really began to understand this when we would make jokes about politicians and they heard it. This fundamentally changed me. If we make fun of Ilves, we know that he hears this. And that’s wild, that we have such a direct connection.

What have been some of the best moments?

We’ve done a few stunts recently, like the tram gig. This was standup comedy on a tram. We hooked it up with the tram people. We sent a press release out and three different media came. It was great. We had told everyone to meet at a certain stop at a certain time, and about 25 people came along with the TV channels. We got on the tram just started to do stand-up with a portable microphone.

Then in Tartu, there were the ACTA protests in February. Everyone was wearing a tinfoil hat, so we thought, let’s just be silly and we covered ourselves in tinfoil. We made it onto the news for that too. So what other stunts do you have planned, or is that a secret? It’s a secret, meaning I haven’t thought it up yet.

Where do you see Comedy Estonia a year from now?

I’d like to put on some larger international shows a few times a year. I’d also like to see us have more shows with more Estonian comedians. I want to continue building a more local comedy scene, so we have more of these open mic nights, and people trying and getting better. Just to keep doing what we’re doing and doing it well. In the long term, we’d like to expand by doing more shows in Finland, and hopefully into Latvia as well. In the autumn we’re going to do a show in Riga. More shows, more good times. We want every show to be like a good party.

May: Tour of Estonia (These shows will be in Estonian). Pärnu, Rakvere, Viljandi, Kuresaare 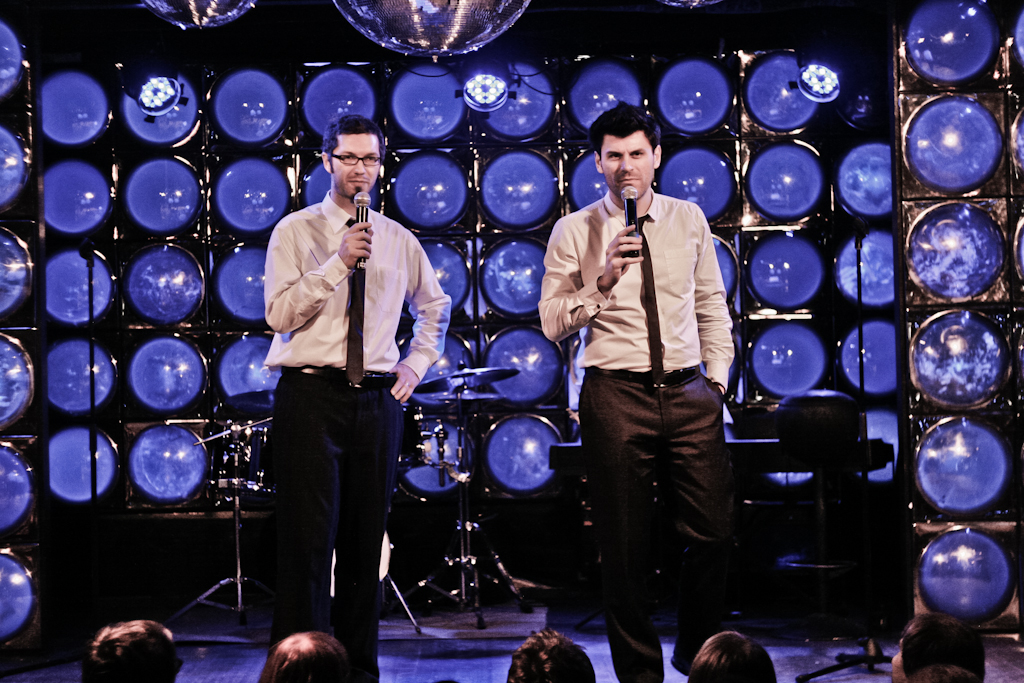 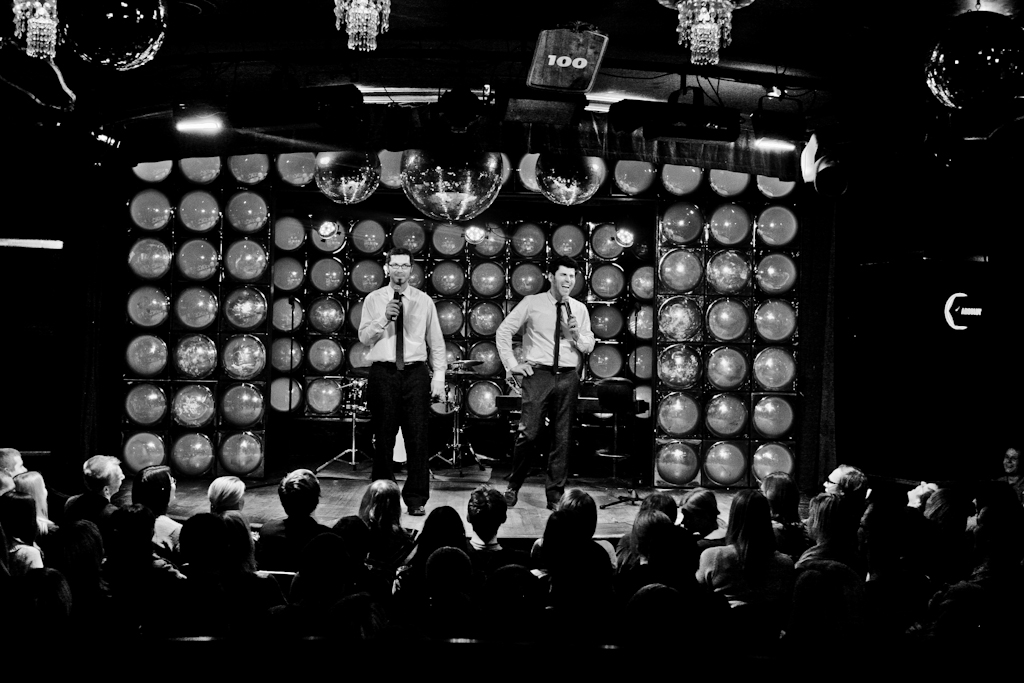 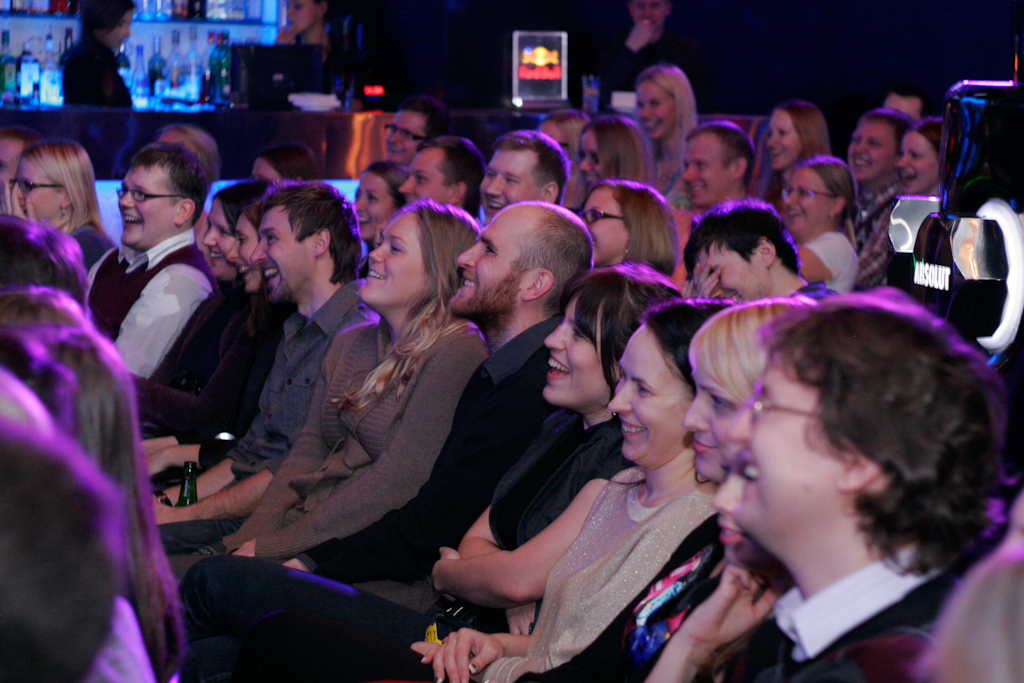