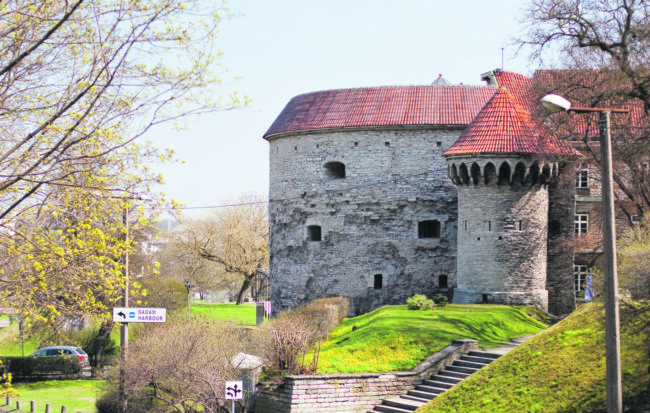 Kohtu Platform – offers one of the best views of the Old Town. The impressive tower of the Niguliste Church seems at arms length. The red tiled roofs with white edges are cha- racteristic of Tallinn. Tallinn

The Kiek in de Kök tower is the entrance to historical underground bastion tunnels. In Soviet times they were supposed to serve as bomb shelters and protect the communist elite in case of a war. Kiek in de Kök means, “look into the kitchen” in Low German, as this was one of the main things soldiers spent their time doing while on the lookout for intruders. Kiek in de Kök dates back to the 15th century. The tower is 38 metres tall, and the walls are four metres thick. Komandandi tee 2, Tallinn

A fascinating museum about Soviet history in Estonia is located on the top floor of the Viru Hotel. The hotel rooms were under KGB surveillance. The rooms were equipped with microphones, and small holes were made in the walls, where cameras could be placed to take pictures of hotel guests. The museum is only accessible by guided tour. Tours run daily and are held in English, Finnish, Russian, and Estonian. English tours book up quickly so bookings are recommended. Viru väljak 4, Tallinn